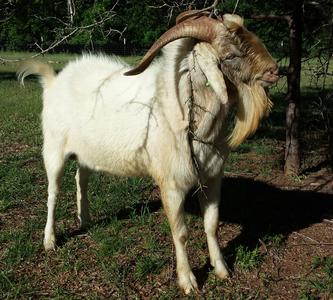 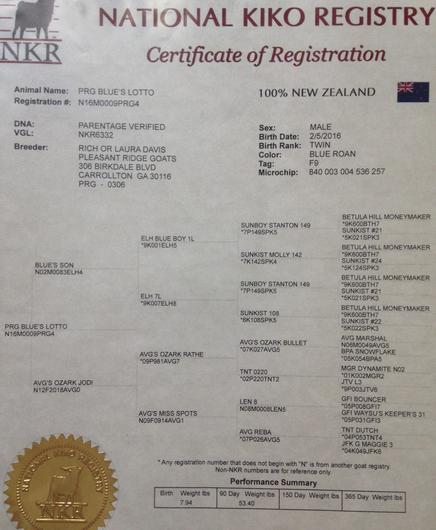 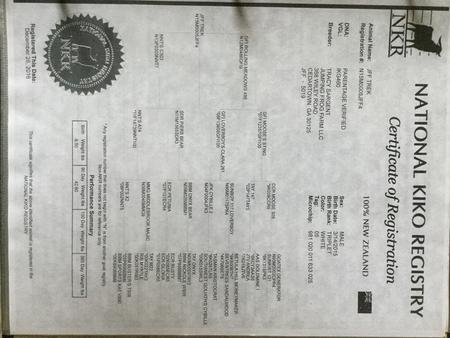 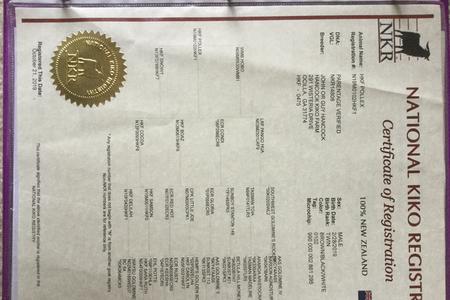 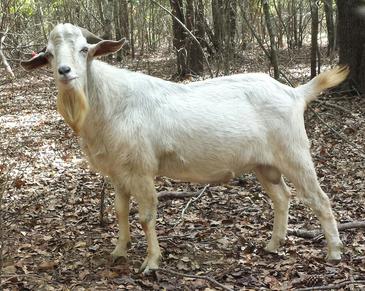 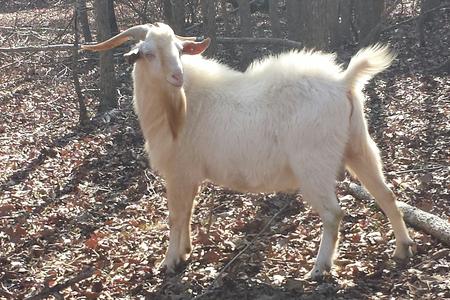 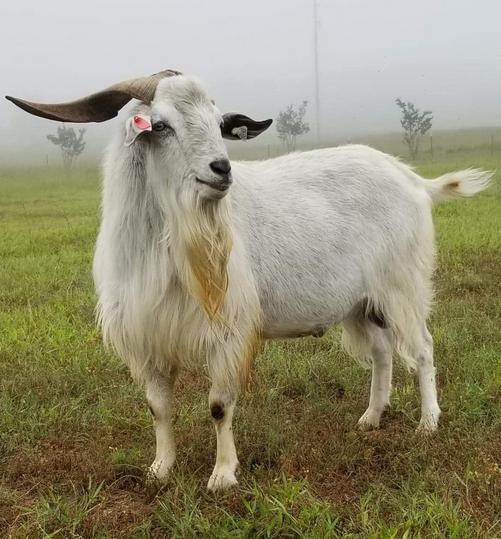 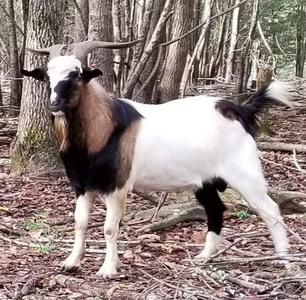 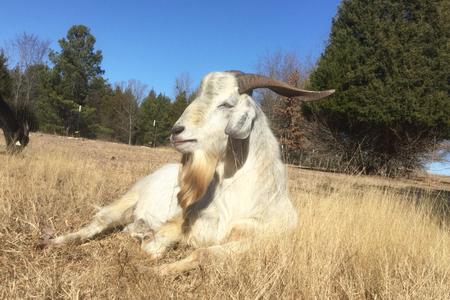 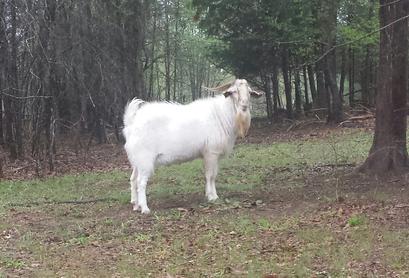 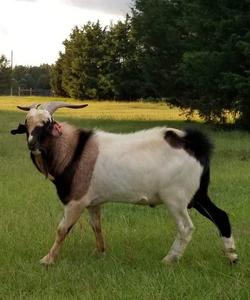 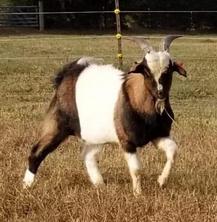 PRG Blue's Lotto is a embryo flush, blue roan buck from Pleasant Ridge Goats, in Carrollton GA.  Lotto joined our herd on 5-16-2016, and is a son of Blue's Son and Ozark Jodi.  He had a birth weight of 7.9 lbs,, and his weaning weight was an impressive 53.4 lbs., making his weaning group index a 124.

SIRE:  Blue's Son was an exceptional sire with excellent genetics that have been proven at multiple forage tests.  Blue's Son daughters are known for their hardiness, body confirmation, and excellent maternal qualities.  Some have even said as good as Sunny Boy 117 (Loverboy), daughters.

DAM:  AVG Ozark Jodi is a daughter of Ozark Rathe who was used in the University of Nebraska's breeding program and consistently produce the most parasite resistant kids there.  She is the daughter of Miss Spots, a Len 8 daughter.  Jodi is a thick bodied doe with a consistent Famacha of ones, as well as a heavy milker.  It has been said that AVG Jodi is the best doe among PRG's herd.

JFF Trek comes out of Jumping Frog Farm.  Trek is sired by GFI Bolder, and his dam is NNT Bridget.  His pedigree include stars such as, GFI Mooses Sting, CCR Moose 928, Sunnyboy 117 (Loverboy), Goatex Generator, AAS Goldmine 1, Bethulahill Moneymaker, Tasman Aristocrat, Tay Onyx, and ECR Rusty.  That's only the bucks in his pedigree!  The does are equally inpressive.

JFF Trek was 7 months old when he arrived to our farm in October 2016, and he went right to work, with his first kids born 6 months later.  He has never needed deworming, his Famacha has always been a one and has never had over a 450 on his FEC.  At 2 years old he weighted a solid 180 lbs.  His kids are long bodied, heavy muscled, with above average weight gains and as an added bonus, half of the kids are colorful and have blue eyes.